Where was Andy Stern yesterday? 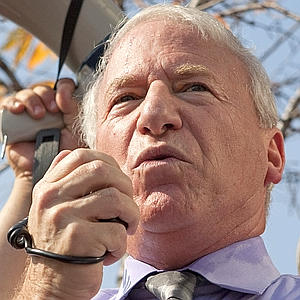 Andy Stern had an eventful day.

He attended his first fiscal commission, hosted by President Obama. I am sure it was enlightening as he explained how to drive an entity with a large budget into massive debt.  His heir-apparent Anna Burger is looking anything but apparent at this point— but more on Mary Kay Henry later. In other news, according to Ben Smith, Andy Stern will be coming on the speaking circuit to a civic center or stadium near you. Based on the picture to the right, I hope he gets a better microphone.