Neutering NAFTA: The Two Sides of the Coin 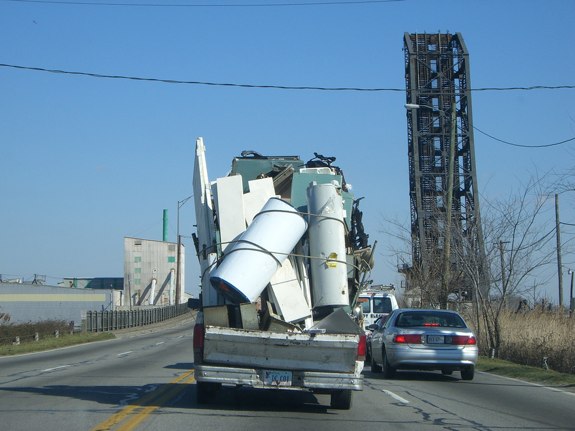 President Obama may have called for a doubling of U.S. exports within the next five years, but that will become increasingly difficult, thanks to another policy, according to the Wall Street Journal:

At the same time, [Obama] has moved to curb trade in certain areas under pressure from Congress and unions. But the web of existing trade treaties and global trading relationships makes it hard for Mr. Obama to protect one group of American workers without hurting another.

Backers of the trucking restrictions, led by the Teamsters union and U.S. truckers who have long opposed opening the borders to Mexican truckers, say the decision keeps unsafe Mexican trucks off U.S. highways. Opponents, including a coalition of businesses affected by the tariffs and the U.S. Chamber of Commerce, say the dispute is putting 25,000 jobs at risk.

Mexican authorities are considering new tariffs on an expanded list of U.S. imports if Washington doesn’t meet its obligations under the North American Free-Trade Agreement that Canada, Mexico and the U.S. signed in 1993.

While Teamsters President Jimmy Hoffa wants to call what the Mexican government is doing “blackmail”, this is old-as-the-hills, tit-for-tat, eye for an eye, foreign policy. If Hoffa didn’t think the Mexican government would retaliate for being charged tariffs on imports from the US, and having thousands of unionized workers lose their jobs–both in Mexico and the US (thanks to reduced orders from Mexico), then he clearly is addressing a different problem.

While Hoffa would like us to see him as a benevolent voice, concerned for “unsafe trucks” and the American worker, his “foreign policy” interests are quite narrow, focused on preserving Teamsters’ jobs, not the American work force–much less the Mexican workforce–as a whole.

I will let the Wall Street Journal have the final word:

Rick Bahr, head of the United Steelworkers union local that represents more than 500 employees at the Appleton plant, said six shifts have already been cut, cutting down on overtime. “The battle ends up union versus union, truckers versus the paper workers,” Mr. Bahr said. […] Kevin Bunnow, 50, a 33-year veteran of the plant, said the reduction in shifts had meant a wage cut of several thousand dollars last year.

“When elephants fight, the grass loses,” he said. “It didn’t take me long to realize, we’re the grass.”