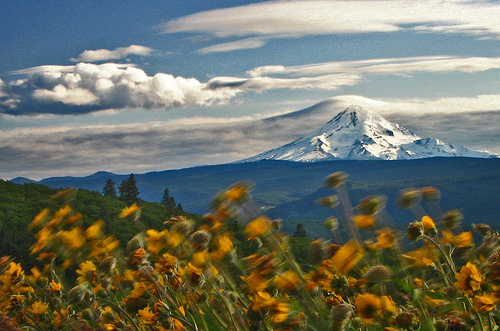 Oregon voters have approved a tax increase for the first time since 1931.  The SEIU had the following to say:

“Aside from funding essential services, the vote also restored some fairness to the state’s tax structure. […] Oregon voters made a clear statement of their priorities: the government’s top job must be to preserve vital services and infrastructure and stimulate the economy. […] Prior to the passage of this measure, more than two-thirds of corporations doing business in Oregon paid just $10 a year for the corporate minimum income tax.

Now, the corporate minimum tax will be $150; the tax rate on upper-level profit will be higher–as will the tax rate of people with a taxable household income over $250,000.

The SEIU and AFSCME are thrilled with these results because they paid for them. According to the Wall Street Journal, they poured more than $1 million into the campaign.  Read HERE or HERE for even more breakdowns of the funding of the “yes” campaign. These unions have millions to gain because the new money will help keep unionized public sector employees on the job.  As the Wall Street Journal explained before the election:

“Oregon’s public employees have one of the sweetest deals in America. Their average pay is about one-third higher than that of private Oregon workers, and Oregon public employees don’t have to pay anything toward their health-care benefits. In the last budget, the Democratic controlled state legislature doled out a $259 million pay raise to the government work force, even as the state was facing a near $1 billion deficit. In the last three years, the state has added 25,000 new public employees while losing 40,000 private sector jobs.”