Not set in stone: SEIU’s strangle hold on SoCal health workers in jeopardy 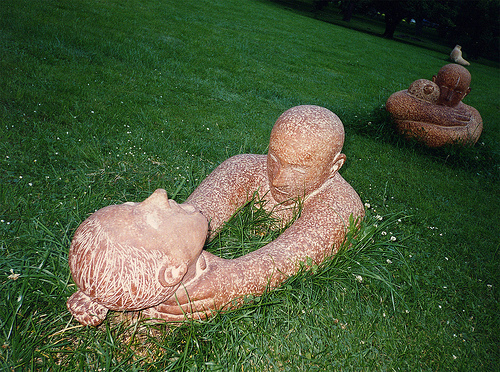 The SEIU’s strangle hold on health workers in Southern California took a major blow this week, thanks a ruling by the NLRB, and much to the joy of the NUHW.

A federal labor board decision this week has given a major victory to a breakaway union vying with the giant Service Employees International Union to represent tens of thousands of California healthcare workers. On Tuesday, the National Labor Relations Board called for elections to determine who has the right to represent some 2,300 Kaiser healthcare workers employed at various sites in Southern California. […]

The fight pits perhaps the nation’s most influential labor leader, Andy Stern, president of the SEIU, against a former subordinate, Sal Rosselli […]

Although Tuesday’s decision directly affects only about 2,300 healthcare professionals, the NUHW has dozens of similar challenges pending in its effort to woo tens of thousands of workers from the SEIU affiliate, United Healthcare Workers — West. This ruling, Rosselli said, could be the first of many allowing elections at SEIU healthcare shops, giving workers a chance to drop the SEIU for the NUHW at Kaiser and other employers statewide.

For a scathing indictment of the SEIU’s unfair labor practices in LA, read this account by former labor leader Paul Krehbial in the SEIU, now firm supporter of the NUHW. If only these practices were limited to the SEIU.