SEIU has what it takes to piss off a priest 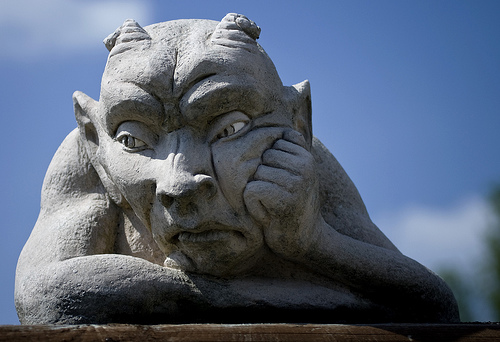 The ongoing (6 year) labor saga at Santa Rosa Memorial Hospital in, you guessed it, Santa Rosa, California, has hit a new low. . . or a new high, since a higher power is weighing in.  The local priest, Monsignor John Brenkle of St. Helena Catholic Church, is utterly fed up with the SEIU.

Put simply, the SEIU has, in every way sought to stall the unionization of the hospital’s workers (simply because they want to join a union that hasn’t sought to make their lives a living hell, i.e. the SEIU).

And here’s what the Monsignor has to say:

On April 13, a majority of Memorial workers filed a petition with the board seeking union representation with the National Union of Healthcare Workers. Both the union and St. Joseph management have expressed willingness to sit down and negotiate ground rules leading to a fair election agreement.

Yet what should be a time of reconciliation is instead a time of disheartenment, as workers must continue to wait for their day to vote. Sadly, the delay now comes not from management, but by another labor union – the Service Employees International Union – bent on stalling and suppressing workers’ voice. SEIU has been misusing labor law as a means for delaying an election as long as possible and refusing to come to the negotiating table with the other parties.

I am not prepared to take sides in the broader conflict between the unions. I am sure that both parties have made mistakes in their dealings with one another. But as I have written before, the decision about unionization should be in the hands of workers alone. At Santa Rosa Memorial Hospital, workers have clearly chosen to cast their lot with the NUHW. SEIU’s continued delay of the workers’ election, and its refusal to agree to ground rules for the election at Memorial, flies in the face of Catholic social teaching and contradicts SEIU’s own national advocacy for exactly the types of agreement it is now trying to thwart. […]

Labor unions, like all human enterprises, are imperfect institutions. […] SEIU should end its puzzling anti-union campaign of delays and enter into discussions with NUHW and St. Joseph to set ground rules for the union election at Memorial based on the principles we have all worked so hard to achieve.