What unions stand to gain in time. 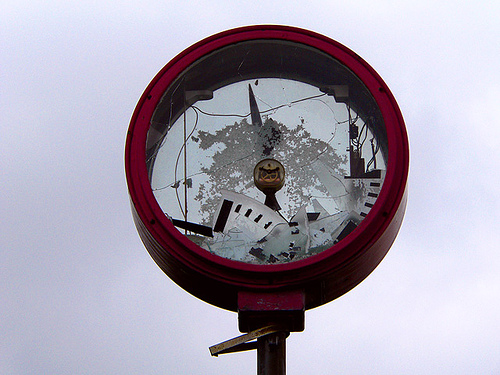 Time was, time healed.  Yet as time passes and the debate continues, the health care bill is finding no peace and rest.

The level of fervor exhibited by the unions in the campaign to pass the health care legislation has led many to scrutinize the bill with unions in mind– carefully looking for any way in which unions will directly benefit from its passage.  A benefit they will.

Mark Mix, from the National Right to Work Committee, sheds light on what unions stand to gain in this damning opinion piece in the Wall Street Journal:

In the heated debates on health-care reform, not enough attention is being paid to the huge financial windfalls ObamaCare will dole out to unions—or to the provisions in the various bills in Congress that will help bring about the forced unionization of the health-care industry.

Tucked away in thousands of pages of complex new rules, regulations and mandates are special privileges and giveaways that could have devastating consequences for the health-care sector and the American economy at large. […]

From the Wall Street Journal (continued):

The Senate version opens the door to implement forced unionization schemes pursued by former Govs. Rod Blagojevich of Illinois in 2005 and Gray Davis of California in 1999. Both men repaid tremendous political debts to Andy Stern and his Service Employees International Union (SEIU) by reclassifying state-reimbursed in-home health-care (and child-care) contractors as state employees—and forcing them to pay union dues.

The current House version of ObamaCare (H.R. 3200) goes much further. Section 225(A) grants Secretary of Health and Human Services Kathleen Sebelius tremendous discretionary authority to regulate health-care workers “under the public health insurance option.” Monopoly bargaining and compulsory union dues may quickly become a required standard resulting in potentially hundreds of thousands of doctors and nurses across the country being forced into unions.

Ms. Sebelius will be taking her marching orders from the numerous union officials who are guaranteed seats on the various federal panels (such as the personal care panel mentioned above) charged with recommending health-care policies. Big Labor will play a central role in directing federal health-care policy affecting hundreds of thousands of doctors, surgeons and nurses.

Consider Kaiser Permanente, the giant, managed-care organization that has since 1997 proudly touted its labor-management “partnership” in scores of workplaces. Union officials play an essentially co-equal role in running many Kaiser facilities. AFL-CIO President John Sweeney called the Kaiser plan “a framework for what every health care delivery system should do” at a July 24 health-care forum outside of Washington, D.C.

The House bill has a $10 billion provision to bail out insolvent union health-care plans. It also creates a lucrative professional-development grant program for health-care workers that effectively blackballs nonunion medical facilities from participation. The training funds in this program must be administered jointly with a labor organization—a scenario not unlike the U.S. Department of Labor’s grants for construction apprenticeship programs, which have turned into a cash cow for construction industry union officials on the order of hundreds of millions of dollars each year.

There’s more. Senate Finance Committee Chairman Max Baucus has suggested that the federal government could pay for health-care reform by taxing American workers’ existing health-care benefits—but he would exempt union-negotiated health-care plans. Under Mr. Baucus’s scheme, the government could impose costs of up to $20,000 per employee on nonunion businesses already struggling to afford health care plans.

Mr. Baucus’s proposal would give union officials another tool to pressure employers into turning over their employees to Big Labor. Rather than provide the lavish benefits required by Obamacare, employers could allow a union to come in and negotiate less costly benefits than would otherwise be required. Such plans could be continuously exempted.

Americans are unlikely to support granting unions more power than they already have in the health-care field. History shows union bosses could abuse their power to shut down medical facilities with sick-outs and strikes; force doctors, nurses and in-home care providers to abandon their patients; dictate terms and conditions of employment; and impose a failed, Detroit-style management model on the entire health-care field.

ObamaCare is a Trojan Horse for more forced unionization.

Mr. Mix is president of the National Right to Work Committee.