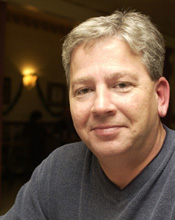 Interesting note: some of the legislators who voted against protecting the secret ballot were union members. For example, Rep. Michael Frame of Eureka, MO: “We’re right, they’re wrong. We have the truth, they have a bunch of lies.” The Kansas City Star was diligent enough to report that “according to his official biography, Frame is employed by Service Employees International Union Local-1.”