Hey Cabbie, Straight to Strikesville, and Step on it! 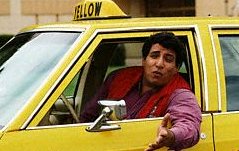 Some chuckled when New York City cabbies affiliated with the local labor council (given the fact that they’re independent contractors competing businesspeople they are not allowed to formally unionize). But the fruits of Big Labor are showing up in the Big Apple, where those cabbies have essentially declared a strike. At least now you won’t have to pay to not get where you’re going on time.  But there’s an interesting twist to this news.

According to the Associated Press, the overall impact of the strike has been “hard to gauge.” One rider put his criticism of the striking drivers quite bluntly:

“It’s pointless—they’re not making any statements,” said Achilarre, 26, who commutes by train from New Jersey. “I applaud the cabbies that are working. They’ll get a windfall.”