UAW Still a Long Way From Ridding Corruption From its Ranks 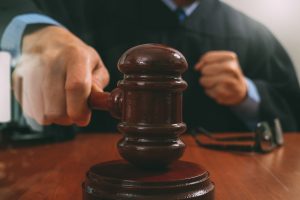 The United Auto Workers (UAW) union may claim to hold union funds “in sacred trust,” but a years long corruption investigation into UAW says otherwise. So it was only fitting that this week, a top official at UAW Local 412 – “one of the largest amalgamated locals” – was hit by embezzlement charges only one day before a court-appointed monitor faulted the UAW for falling short in reform efforts.

Federal prosecutors claim Tim Edmunds, the financial secretary and treasurer of Local 412 embezzled “about $2 million” in union funds and used the money to bankroll “high-end shopping sprees,” “child support payments,” and “gambling binges.” If convicted, Edmunds faces up to twenty years in prison.

The alleged embezzlement is so severe that the Local’s president called for placing the Local under administratorship. The Local’s president also claimed the embezzlement was “very elaborate,” but in reality, Edmunds simply spent years making “unauthorized transfers” to “an unknown [bank] account,” totaling around $1.5 million. A professor at the University of Michigan’s business school commented the theft was “hard to miss if you had your eyes open.”

Meanwhile, Neil Barofsky,  the UAW’s federal court-appointed monitor, chided the union in a court filing this week for failing to excise the union’s “‘toxic’ culture,” including “favoritism,” “nepotism,” and a continued fear among some employees that they will be retaliated against for reporting concerns. Barofsky also disclosed that he has opened 15 separate “investigations” into UAW officials – despite the union’s initial refusal to cooperate.

While announcing the charges against Edmunds, acting United States Attorney Saima Mohsi proclaimed UAW members “deserve a union free of corrupt and crooked leadership.” We could not agree more. The question is: will that ever be possible at the UAW?