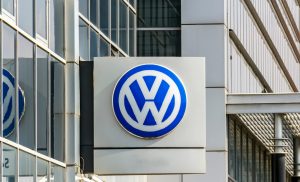 As workers at Tennessee’s Chattanooga Volkswagen plant prepare to vote next week on whether or not to join the UAW, the newly launched “Center for VW Facts” (sound familiar?) has set out to “bring transparency to VW.” A questionable goal, considering the group’s founder has a history of using dirty and dishonest tactics.

The man behind the group is Joe DiSano, a long time political consultant from Michigan. The group’s website accuses VW of “waging a ‘deceptive campaign to discourage employees'” from joining the UAW. But, as a recent article unveiling DiSano’s unsavory past offenses points out, it seems he “would know a thing or two of ‘deceptive’ campaigns.”

During a 2012 Democratic statehouse primary in Michigan, DiSano put out a robo call that accused one of the candidates of “using the internet to lure young girls into nude modeling sessions at his home.” It then described how the same candidate would take “dirty pictures” in his basement. The call further indicated that the candidate needed “psychiatric help” for this “filthy” hobby. The man who was the target of these calls ultimately lost the election, but went on to sue DiSano for defamation.

In the end, not only did DiSano agree to settle the lawsuit, he also agreed to perform a slew of public apologies. For starters, DiSano had to issue and sign an apology letter—the wording of which the plaintiff had the final say over. DiSano also allowed two full-page ads to be taken out publicly announcing his apology, both of which he was to pay for in part. If that wasn’t enough, DiSano also had to organize another robo call, this time to apologize for his lies, directed at the same households that received the first one.

Even after all that, it doesn’t look like DiSano has learned his lesson about lying. He continues to claim that the Center for VW Facts is unconnected to the UAW (although DiSano himself is a member of the union). However, recent Federal Communications Commission filings show that both groups hired the same media buying company for the same job—placing thousands of dollars in ads in Chattanooga.  A purchase order made by the Center for VW Facts last month showed the stated purpose was for “VW Union,” the same label the UAW has used for its purchases.

Workers in Chattanooga might ask themselves how much trust they’re willing to put into Joe DiSano and his so-called “Center for VW Facts.”