In Killing Obama-era Rule, A Victory For Workplace Privacy 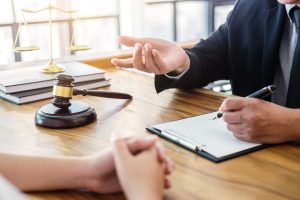 It’s been an eventful summer for unions. Following up on a win for workforce freedom in Janus, a final rule handed down by the Department of Labor (DOL) on July 17 will end an Obama-era ruling known as the “Persuader Rule.”

The “Persuader Rule” was added to the Labor-Management Reporting and Disclosure Act (LMRDA) in 2016. Prior to the rule, employers were required to file a report explaining any labor-relations consulting they participated in– but only if the consultant communicated directly with workers.

Under Obama, the DOL implemented the “Persuader Rule,” favoring union interests over employer rights. The rule required employers to report all acts of guidance, even if the consultants had not contacted employees directly. It didn’t take long after the “Persuader Rule” was installed for over 50 businesses to file suit against it– citing a clear violation of attorney-client privilege.

In fact, the immense backlash prevented the rule from ever being enforced. A Federal Judge in Texas called for a permanent national injunction against it.

The right to seek advice without fear of retribution is essential for workplace freedom. Officially removing this defunct law is a win for both employers and workers alike.