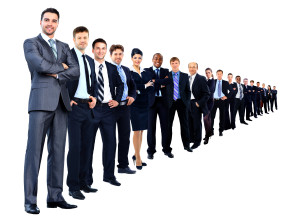 “At an August 8, 2016, protest in Trenton organized by New Jersey’s largest teachers union, the New Jersey Education Association (NJEA), Hetty Rosenstein, state director of the public union Communications Workers of America, stood in solidarity with the NJEA and declared that ‘we don’t just stand for our members, but for the 99 percent who demand an economic system that doesn’t give all the benefit to the one percent.’ The assembled NJEA members cheered.”

There’s only one problem: NJEA leadership falls squarely in the “one percent.” In Lilley’s words:

“According to NJEA’s 2013 federal tax filings, the 11 highest compensated NJEA employees averaged total compensation of $582,000 for the year. All but one of the 11 are in the top one percent nationwide (the one outlier barely missed at $358,000), and five are in the top one percent in New Jersey. Each of those five had compensation of $658,000 or more and averaged $760,000, placing them even higher among New Jersey’s one-percenters.

To put those earnings in perspective … the average New Jersey teacher earned about $69,000 in 2013, so the 11 NJEA bosses averaged almost 8.5 times what the average teacher made and the top five averaged over 11 times more.”

NJEA salaries are, of course, funded by taxpayer dollars. That’s called the short end of the stick.