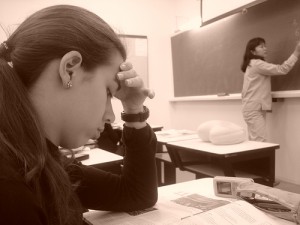 September 2016. Randi Weingarten, president of the American Federation of Teachers (AFT) on Democratic nominee Hillary Clinton: “What we’re seeing in terms of our members is that when you talk to them, they get it and they are overwhelmingly supporting her and it’s [really] a matter of getting them out to vote.” Lily Eskelsen Garcia, president of the National Education Association (NEA), on Clinton: “She wants to build bridges to a better future for all. That’s why America’s educators are with her!”

November 2016. The AFT’s internal poll reveals that roughly 20 percent of the union’s members voted for Donald Trump. The NEA’s data points to more than 33 percent support for the Republican candidate among teachers.

This is the sad state of organized labor today. While union leadership shouts its support for the Democratic Party from the mountaintop, the ideological composition of union membership is far more diverse. In fact, it’s possible that support for Trump was even stronger than post-election internals suggest: The most recent NEA survey of public school teachers found that 55 percent of teachers characterize themselves as “conservative” or “tend to be conservative,” leaving a great many looking across the aisle for answers. More recent numbers indicate that roughly 60 percent of NEA members are “Republicans or independents,” yet Garcia and other union bosses boast about their pro-Democrat political preferences as if their members comprise a rigid voting bloc.

Election Day was a reminder that union members are anything but yes-men and -women. It was so unsettling for Weingarten that she resorted to blanket accusations of sexism after the election. “Frankly I was always concerned about whether the country was ready to have a female president,” Weingarten claimed. “There was an intensity of hatred that male political figures never get. So I think we’re never really going to understand it.” (Yes, the AFT’s head essentially called her members sexist.)

December 2016. Big Labor has no finger on the pulse of its members.