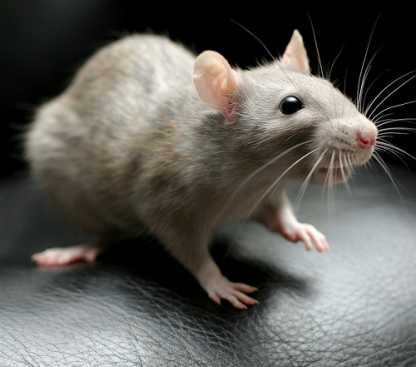 In the Big Apple, a firm called Gilbane Building is now being targeted by construction unions for—wait for it—employing union and nonunion labor. According to The Wall Street Journal, “the company uses a mix of union and nonunion contractors on its jobs based on numerous criteria including cost,” which has led union bosses to organize “about a half-dozen anti-Gilbane rallies in recent months.” A recent one included two large inflatable rats. Other rallies have featured as many as five rats, which are meant to signify a construction site with nonunion labor.

As the New York Daily News explains, Big Labor’s army of inflatable animals now includes “a rodent sibling, a skunk, a cockroach, a ‘fat cat’ developer…and a cigar-chomping ‘capitalist pig.’ This isn’t a joke. The Building and General Construction Laborers Union Local 3 is just one of the unions using different members of the rodent family. You can see for yourself here:

And it’s become a national phenomenon. One Bricklayers Union in Montana recently mounted a giant inflatable rat near the construction site of a new Walmart in Great Falls.

If developers shy away from union labor, that means less dues money for union bosses to spend. Construction unions in New York—where member dues are mandatory—and other cities derive a large chunk of income from building contracts with private developers, so companies like Gilbane are directly cutting into Big Labor’s pool of revenue when they opt for nonunion employees. Even though union bosses like LaBarbera claim to care about worker fairness and low wages, it really comes down to purchasing power.