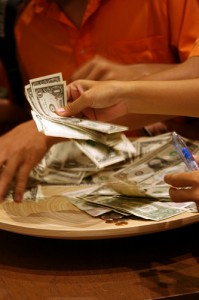 What if one day of teaching could earn you a five-figure-per-year taxpayer-funded pension? One retired Illinois Federation of Teachers lobbyist is trying to turn this pipedream into reality.

Retired lobbyist David Piccioli taught as a substitute for one day, which under Illinois’s extremely generous union-backed state pension rules entitles him to $31,485 per year from the state Teachers Retirement System, calculated based on his pay as a lobbyist.

That isn’t enough for Piccioli: He’s now suing, claiming that he’s entitled to roughly double the $31,000 figure because a state law closing the loophole he’s exploiting was passed after he began taking his taxpayer-funded pension.

The scary thought? He might actually win, because a union-backed challenge to a recently-passed public pension reform law has gone all the way to the state Supreme Court on the grounds that the state constitution may prohibit any modification to pension benefits.

It’s another demonstration of why public-sector unionism—of which teacher unionism is but the largest part—is so troublesome to states. Private-sector unions can cause problems for employee rights, but they face one ultimate constraint: If their demands cause the plant to go bust, the union goes bust too. Just ask the unions that represented Eastern Airlines and Hostess Brands, both of which liquidated in large part due to unsustainable union demands.

Public-sector unions don’t face this constraint, since they can essentially elect management. With the union and union-elected management at the table, taxpayers become the mark, footing the bill for whatever gravy train the union and its political lapdogs come up with—like five-figure unalterable pensions for union lobbyists.

Illinois is just the canary in the proverbial coal mine when it comes to unserviceable collectively bargained public-sector pensions. New Jersey may be next, but unions are fighting any changes to state pensions just as hard as they are in Illinois. Expect public sector unions to continue to play their political games and leave taxpayers holding the bag until taxpayers fight back against being the “mark.”