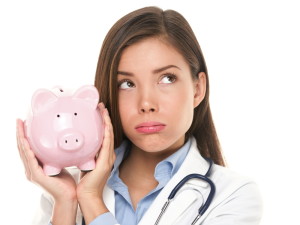 Yesterday, the Supreme Court struck down a major Service Employees International Union (SEIU) scheme to stanch the decline in workforce unionization. The high court ruled that SEIU could not require participants in an Illinois state Medicaid program to pay non-members’ representational fees (agency fees) to SEIU.

The deal to unionize so-called “home health care workers”—including family members who care for disabled children, spouses, and parents—was cut between SEIU and then-Illinois Governor Rod Blagojevich, who received roughly $1.9 million in campaign contributions from SEIU before going to federal prison for corruption. Illinois declared caregivers for mentally disabled Medicaid recipients to be state employees eligible for unionization under the state’s public-employee union law, which allows compelled non-member fees since Illinois is not a right to work state. The Supreme Court saw through this scheme, finding that home caregivers weren’t really public employees and therefore ineligible to be forced to pay agency fees.

SEIU has similar “dues skim” setups in eight other states. In total, something on the order of a half-million home-care providers are required to pay dues to SEIU (or the AFL-CIO’s public employee constituent, the American Federation of State, County, and Municipal Employees or AFSCME). And if the example of Michigan—which abolished its “dues skim” in 2012—is any indication, SEIU could be in for a major hit to the pocketbook. After contributions to the union became voluntary, membership in SEIU Healthcare Michigan plummeted from over 55,000 to less than 11,000. Revenues fell by $4.1 million.

Court documents indicate that SEIU Healthcare Illinois, the beneficiary local of the state’s dues skim, stands to lose $3.6 million in revenue if all 20,000 or so members subject to the forced fees arrangement quit the union. If one assumes that all 400,000 home healthcare “members” of SEIU are paying comparable dues ($100-$200 per year on average) and the Supreme Court ruling is found to apply to them, the SEIU at all levels could be out as much as $80 million.

That might be a debit to the SEIU’s power, but it’s most certainly a credit to employee rights.