Another day, another union sabotaging students 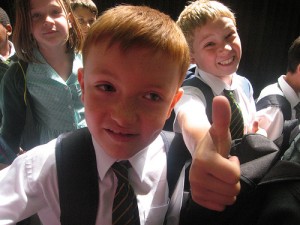 Maryland’s largest teachers union is speaking out against that state’s bid for a quarter billion in federal funding:

The Maryland State Education Association sent a letter to state school Superintendent Nancy S. Grasmick on Thursday detailing its objections to the proposal, which would make student growth half of teacher evaluations, among other changes. The union questions whether that is within the bounds of the education reform law that Gov.Martin O’Malley (D) signed earlier this week.

When they argue against teacher accountability, unions make it clear that they consider schools to be little more than public jobs programs. In no other industry could an employee expect as little oversight as teachers seem to think they deserve.