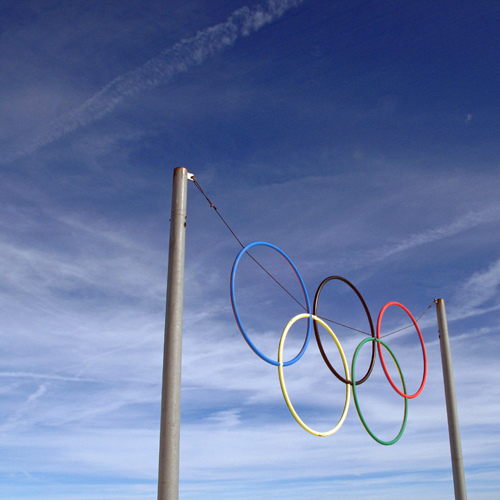 The SEIU is using the Vancouver Olympics as a perfect media moment to attack their nemesis, French-based Sodexo.  Sodexo is a big fish to fry.  It’s the largest facilities management and catering company in the world–and the SEIU has set their sights on them.

The Soxedo-SEIU battle, spanning oceans, has proved less-than-sexy to the media despite transcontinental protests.  After other labor setbacks, the SEIU has decided to bring the Olympics, specifically Olympic athletes into the fray. From a press release:

“The Service Employees International Union, the nation’s largest healthcare union, is raising questions about the safety of food being provided to athletes at the Vancouver Winter Olympics by Sodexo, a global food service contractor based in France who served contaminated meat at a camp in Virginia sickening more than two dozen boy scouts.”

It should not come as a surprise that SEIU’s motives in Vancouver have little to do with athletes’ safety.  According to Politico’s Ben Smith, “Sodexo is also the target of an intense SEIU organizing campaign.”  The SEIU hates Sodexo for the wages they pay American workers and for Sodexo somehow avoiding massive unionization drives, according to the New York Times. According to Business Week, the SEIU has been using “The Embarrassment Factor” to attack Sodexo, among other European companies, and this Olympic attack is more of the same.

The SEIU should leave the Olympic athletes alone.