This Just In: Elves issue strike notice against Santa, Christmas in jeopardy

I just received this from the North Pole.  It’s almost unbelievable, given the spirit of the season . . . and the billions of children who would be affected. [See below]

In response to the strike notice, Santa Claus has made the following announcement. [See below]

It’s a little unclear what the NLRB’s jurisdiction is in this situation, considering the transnational border issues this brings into play….delivery to every country and territory will be affected if Santa and BCERAS do not reach an agreement.  It is also unclear how this incident may affect the FedEx vs. UPS  controversy–whether the Brotherhood of Elves, Reindeer, and Abominable Snowmen are legally able to strike, or whether they are instead subject to the Railway Labor Act (RLA), which would make it more difficult for something like this to happen– given that Santa’s sled travels over interstate boundaries. 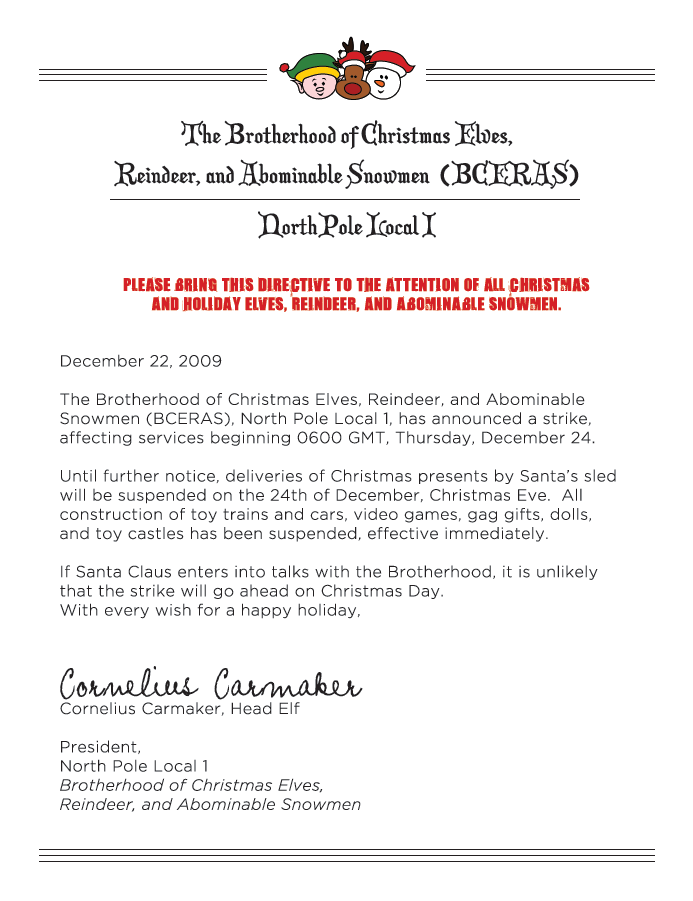 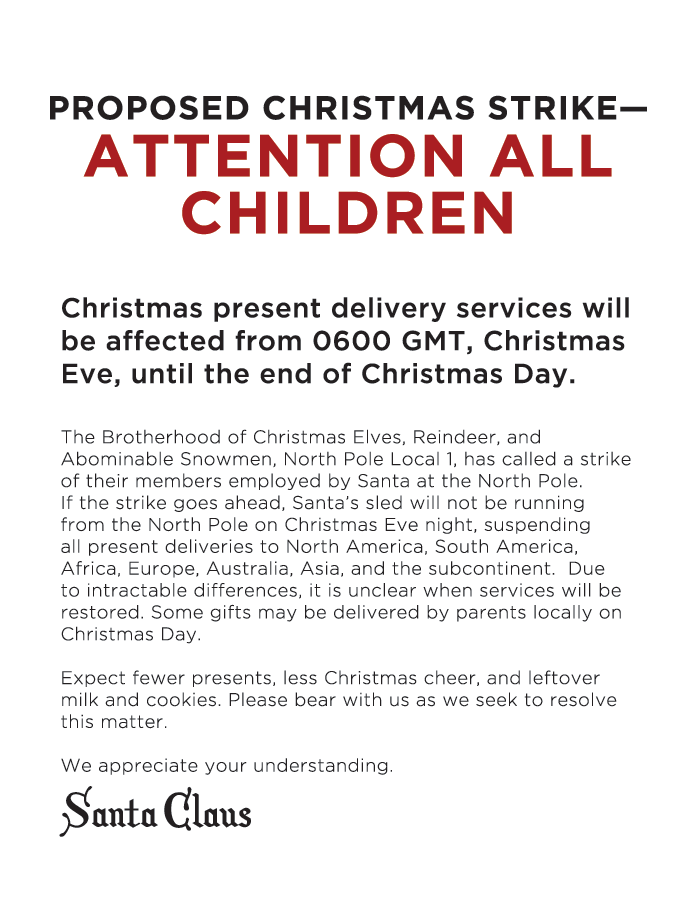