A New Year without Broadway? 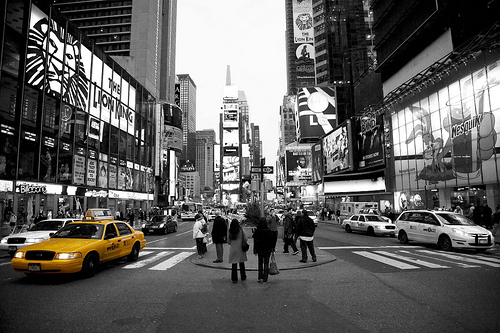 Something to keep an eye on. From the Arts Beat New York Times blog:

A group of more than 260 workers on Broadway — cleaners, porters and matrons (bathroom attendants) at some 30 theaters — inched closer to the possibility of a strike on Tuesday afternoon. A unanimous vote, in which more than 200 members of the local 32 BJ of the Service Employees International Union participated, gave the union bargaining committee the authority to settle or strike. The workers are involved in negotiations with the Broadway League, which represents theater owners, and are demanding a pay raise of $1.50 an hour, a promise not to see their health insurance cut and additional pension benefits. The union’s contract expires on Dec. 31, though a spokesman said the last scheduled bargaining date with the Broadway League was this Thursday. The actor Jimmy Smits, who is currently starring in “God of Carnage” at the Bernard B. Jacobs Theater, addressed the workers who were voting in a midtown hotel and urged them to “fight for what’s fair and just.”

It remains to be seen whether this is a pure negotiation grandstanding or what, but it stands to be pretty effective around the holidays.  Thousands and thousands head to New York’s Theater District around the holidays. A strike would not be pretty.  It was a mere two years ago that the stagehands shut down Broadway for 18 days during the holiday season.  If it does shut down, it would be the fourth time in roughly 30 years.

In a New York Times piece from 2007, the city comptroller estimated lost revenue on Broadway to be about $2 million dollars a day.  Broadway provides an estimated 45,000 jobs to the economy.  In a time of economic downturns…and lots of people out of work, it’s not a good time for a strike.