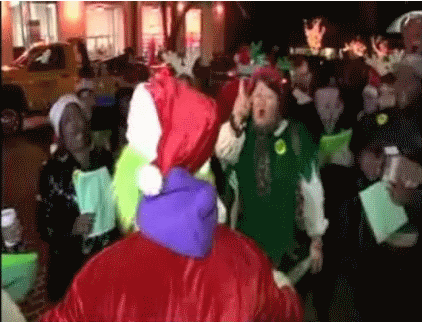 Across the country, pension funds are in the red, especially union managed, owned, and operated pension funds. And in California, pensions for state and local workers are an enormous portion of local budgets and tax payer dollars.

The union-beleaguered mayor of San Francisco and Supervisor Sean Elsbernd are backing a proposal for San Francisco’s voters to decide whether they want to get the skyrocketing costs of pensions and health care under control.

From the San Francisco Chronicle:

San Francisco voters may soon have the opportunity to decide major changes to the city’s pension and retiree health care systems – both of which have seen their costs skyrocket as the city grapples with consecutive years of major budget deficits.

Supervisor Sean Elsbernd, with support from Mayor Gavin Newsom, will introduce a charter amendment at today’s Board of Supervisors meeting that would drastically reshape the city’s pension system. Ten years ago, the city paid $383.7 million to health insurance for active and retired workers, retirement contributions and Social Security. This year’s tab is $890 million, a 132 percent increase. In fiscal year 2013-14, the projected amount is $1.4 billion. Driving the rise is the overall increase in health care costs and the poor performance in investments during the economic downturn.

The key components of the measure would create a budget/fund set aside specifically for health benefits and pension, require new public service hires to contribute more to their own pension funds (a jump of 1.5 percentage points), remove pensions contributions percentages from contract negotiations, and recalculate how pensions are dolled out, namely averaging the three final years of pay, instead of relying on the final year of pay (which would cut back on spiking, a practice whereby employees receive one year pay jumps in their final year to set their pension much higher)

Further endearing Mayor Newsom to them, the SEIU caroled around town calling Newsom a Grinch. See the off-key video here, thanks to NBC.

What is the rallying cry, you ask?

Question: “Mayor Newsom is WHO?”

Not so much for San Francisco’s tax payers, who might have a chance this year to reign in how much of their salaries is going to pensions for others, and how much is going into the abyss of the city budget.