As an Eagle Scout, I take this one personally. 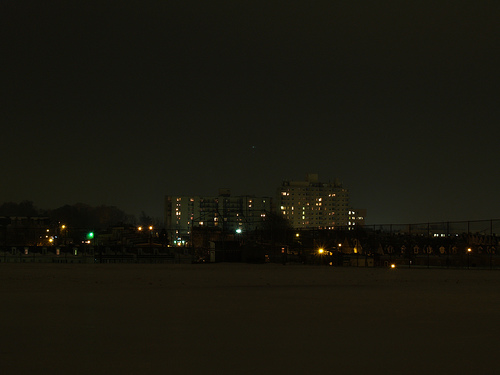 Nick Balzano, president of the SEIU local in Allentown, PA, didn’t kick a puppy, or salt the earth, but he did attack an Eagle Scout.

First, here’s what an Eagle Scout named Kevin Anderson decided to do for his town.  The Allentown Morning Call reports:

Anderson, a junior and varsity soccer player at Southern Lehigh High School, is a member of Boy Scout Troop 301 of Center Valley.  He got the idea for the trail while taking hikes along the partially complete, 165-mile Delaware and Lehigh National Heritage Corridor. He noticed there were a few missing connections to the trail in Kimmets Lock Park, which is on the Lehigh River near Dauphin Street. He already has logged 250 hours trying to carve out a walking and biking trail along the river.

“I decided to do my part in completing this part of the trail. In that way, others could enjoy walking along the river, without having to walk on the busy road,” Anderson said in an e-mail Friday.

A perfectly innocuous this to do for one’s post-industrial town suffering in the current economy.  But local union leader Balzano was furious. The Allentown Morning Call explains:

In pursuit of an Eagle Scout badge, Kevin Anderson, 17, has toiled for more than 200 hours hours over several weeks to clear a walking path in an east Allentown park.

Little did the do-gooder know that his altruistic act would put him in the cross hairs of the city’s largest municipal union.  Nick Balzano, president of the local Service Employees International Union, told Allentown City Council Tuesday that the union is considering filing a grievance against the city for allowing Anderson to clear a 1,000-foot walking and biking path at Kimmets Lock Park.

“We’ll be looking into the Cub Scout or Boy Scout who did the trails,” Balzano told the council. Balzano said Saturday he isn’t targeting Boy Scouts. But given the city’s decision in July to lay off 39 SEIU members, Balzano said “‘there’s to be no volunteers.’ No one except union members may pick up a hoe or shovel, plant a flower or clear a walking path.“

Balzano said Saturday the union is still looking into the matter and might cut the city a break.

“We are probably going to let this one go,” Balzano said.

Probably should, Balzano, probably should.  It might stave off people salting your front yard or kicking you in the Balzano.

As for my Eagle Scout Project, I’m happy to report that it was a union-free affair. In fact, you can still see it on Google Maps (the picket fence with elevated planters behind it allowing handicapped seniors to garden):