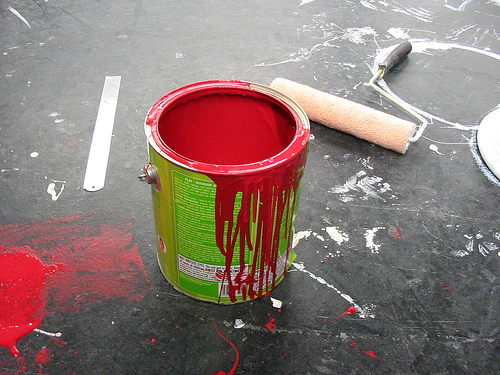 California’s labor wars continue bloody and unabated between the SEIU and the UHW.  The Wall Street Journal couldn’t even paint this turd– so much so, they covered it twice. From November 11:

“Unions are competing for shrinking turf and members, and the most ferocious intramural battle today involves Mr. Stern’s union here in California. For the past 10 months, the SEIU has fought to hold on to 150,000 members in its Union of Healthcare Workers affiliate, or UHW. The challenge comes from a group of former UHW leaders and Stern confidantes. Pushed out by Mr. Stern after a prolonged power struggle, they started a rival outfit, the National Union of Healthcare Workers, or NUHW, in January and immediately moved to build it up by wooing away members from the SEIU’s local, UHW.

Now these upstarts charge that the UHW threatened workers with deportation and tampered with secret ballots to narrowly win a pivotal election last summer in Fresno, Calif. The NUHW allegations, contained in a complaint filed last Friday and previously not made public, take the battle to a new level. […] When the secret ballots were mailed in and counted, the SEIU won that vote by a sliver, 2,938 to 2,705.

The NUHW immediately called for a re-run of the election, challenging voting irregularities. The two unions have traded accusations since. But now, Carlos Martinez, an immigrant from El Salvador who was on the SEIU’s staff during the campaign, has come forward—so he says—to blow the whistle on his employer. Mr. Martinez went door-to-door canvassing the home-care workers during the 15-day election. Like him, many of them are native Spanish speakers; some are illiterate.

Speaking in an interview over a sandwich at a hotel in the Bay Area late last month, Mr. Martinez says he was instructed by superiors to tell the workers that if they voted against the SEIU, they could lose their medical benefits, see their green cards or citizenship revoked and possibly be deported. He says he and other staffers were also told to pressure voters to spoil ballots that had been filled out for the NUHW. In other instances he filled ballots out for them. He says he even took some to the post office, as did other SEIU campaign workers.