Election news: Unions gear up for their favorite pastime in Massachusetts 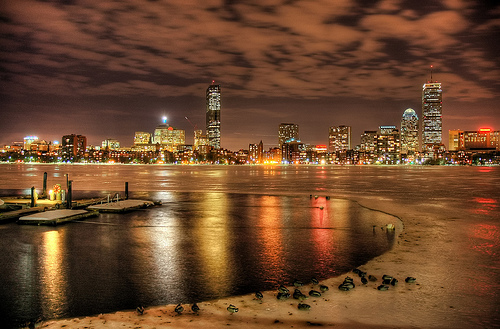 As we head into winter, things are heating up in Massachusetts– just as the Charles River begins to freeze up.

In the wake of the passing of longtime Senator Ted Kennedy, unions in Massachusetts are mobilizing for an “abbreviated” Democratic primary– a place where unions shine and shine and shine.

“Special elections always play to our strength,” said Robert J. Haynes, president of the Massachusetts AFL-CIO, which represents about 400,000 labor union members and has yet to endorse in the race. “We can organize our workforce, contact our membership, provide phone banks and literature on the job, knock on doors, and do mailings – and do each multiple times.”

The recipients of what the Globe calls “instant ground organizations” are Attorney General Martha Coakley, who has locked down most of the Teamsters, and US Representative Michael E. Capuano, who has locked down the United Food and Commercial Workers.  There are even major divisions between locals and between regional New England Boards and the state organizations.  While no union will deliver their membership en masse, they can deliver people and funds in a way no other group really can in such a short period of time.  It will be telling what policies Capuano and Coakley latch onto this fall, as it will no doubt be an indicator of which unions they are courting for an endorsement. The SEIU and the Massachusetts Teachers Association are expected to announce as early as next week.

Two democratic candidates have failed to attract any serious union backing, and therefore, are effectively irrelevant in this primary. Without union attention in Massachusetts, there is practically no reason to even name them.