ACORN and SEIU connected at the hip. 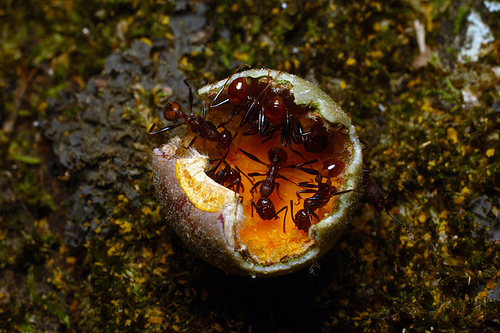 Yesterday, it was the Washington Post and the Wall Street Journal. Today, it is the New York Times. Major media outlets across the country are finally catching on to the growing outrage–not against ACORN (currently in stocks in the village square), but against the SEIU.

SEIU is one of ACORN’S closest allies.  They probably hoped that the attention of ACORN’s prostitute-brothel video scandal would never turn to them. Of course, the wildly political SEIU has more fingers in ACORN’s pie than they would like anyone to count.

The SEIU’s parent organization has paid ACORN for training, voter registration and other organizing work, and SEIU locals have paid ACORN affiliates for their services, according to union reports. ACORN founder Wade Rathke was a top member of the SEIU’s board until last year and founded two SEIU locals — in Chicago and New Orleans. SEIU President Andy Stern serves on an advisory panel that was supposed to help ACORN fix financial problems after an embezzlement was discovered last year. Other leaders have served both ACORN and the SEIU, including Keith Kelleher, who headed SEIU Local 880 and also held an ACORN staff position, and whose wife ran the ACORN office in Illinois.

From the New York Times:

“S.E.I.U. has a good deal of its finances tied up and entangled with Acorn, and since 2006 it has given nearly $4 million to Acorn,” said Tim Murtaugh, communications director for the Republican Party of Virginia, which has asked the Democratic candidate for governor, Creigh Deeds, to return contributions received from the union. “Their activists work together, their directors and senior members are intertwined. With what we know about Acorn’s and the S.E.I.U.’s symbiotic relationship, it seems only right that this money should be returned.” […]

Acorn’s founder, Wade Rathke, who has been forced out because of an embezzlement scandal involving his brother, helped found the service employees union’s local in New Orleans and long belonged to the parent union’s board. The union’s president, Andy Stern, belongs to an advisory panel created to help straighten out Acorn’s finances.

Republicans in Kansas, Virginia and Illinois in recent weeks have called on union-backed Democrats to return SEIU campaign contributions, citing the close connection between the union and the community organizing group, whose full name is the Association of Community Organizations for Reform Now. […]

“The close, almost symbiotic, relationship that SEIU and Acorn have call into question the propriety of being so closely involved with this union,” said Tim Murtaugh, spokesman for the Virginia GOP.