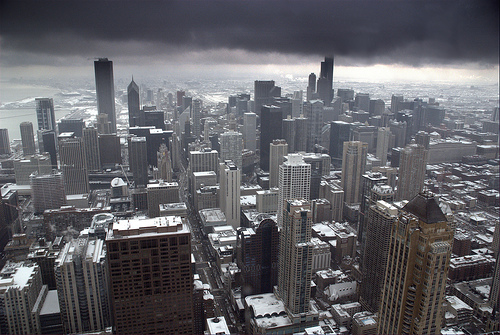 The last two years have been anything but kind to state budgets across the country, and cash strapped governors and politicians often finds themselves working to balance the unbalanceable, putting state employees at risk for layoffs, pay cuts, and reduced hours.  California’s budget crisis has a lot to thank unions for, something this blog has never failed to mention, but they are not the only state being held fiscally hostage by unions.  Illinois is facing its own round of lawsuits by unions.  The Chicago Tribune reports:

State government’s largest employee union filed suit Monday in hopes of preventing up to 2,600 layoffs threatened by Gov. Pat Quinn to deal with the state’s fiscal crisis. The American Federation of State, County and Municipal Employees Council 31 went to court in Johnson County, home to the Vienna state prison in southern Illinois, seeking an injunction against the Quinn administration to stop the layoffs. Prison workers are among those targeted for cuts. Quinn has said he would like the union to skip pay raises in exchange for keeping more workers in place. A Quinn spokesman declined to address the specifics of the lawsuit but said the governor’s cost-cutting requires “shared sacrifice” by state agencies and workers.

As the budget crisis looms even larger, the “shared sacrifice” will most likely be felt by the citizens of Illinois.

Image courtesy of Today is a good day.