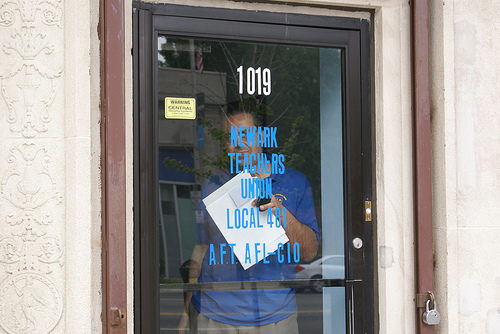 Sunday’s Newark Star-Ledger brings word that a city high school principal has been warned by the school district after he sent out a memo on district letterhead asking employees to buy tickets to a political fundraiser. But the real story is the reaction from Newark Teachers Union President Joseph Del Grosso, who supplied this amazing quote: “There is not supposed to be politics involved in public schools.”

A few more of the NTU’s own words, on the website of its Committee on Political Education: “Make no mistake about it, our political successes gives us a strong voice in educational decisions throughout the state and district.” More: “This year, NTU COPE expects to be very active in registering voters, as well as supporting candidates in New Jersey’s statewide legislative races. NTU COPE will also organize membership around legislative referenda related to school vouchers, school financing, pension issues, and the ability of the union members to maximize their political voice.” (HT: Mike Antonucci)

In case it’s not already clear that the NTU cares deeply about keeping politics out of public schools (as deeply as it cares about getting rid of bad teachers), The Daily Newarker blog has more, with a scan of a particularly nasty political mailer the union recently sent out attacking the city’s mayor.