I Hope ULLICO Has Good Insurance 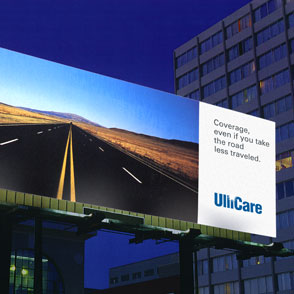 Yesterday, the beleaguered Union Labor Life Insurance Company, better known as ULLICO, posted a $2.4 million net loss, much of which resulted from a $20 million settlement with the Department of Labor after a five-year investigation into the union-administered insurance company’s corruption.

TMCnet has a brief run down of ULLICO’s long list of misdeeds:

Ullico’s troubles with federal authorities first began in March 2002, when the Labor Department filed suit against subsidiaries Trust Fund Advisors and Union Labor Life Insurance Co., alleging the units violated ERISA when they used $10 million in pension-plan assets to buy 120 acres in the desert outside North Las Vegas in 1995. Two years later, the development was scrapped with no lots sold.

That December, the Maryland Insurance Administration sued Ullico to enforce a subpoena demanding information on stock transactions by Ullico’s board. Ullico filed a motion to quash the subpoena.

In May 2003, current House Minority Leader John Boehner, R-Ohio—then serving as chairman of the House Education and Workforce Committee—subpoenaed then-Ullico Chairman and Chief Executive Officer Robert Georgine to appear before Congress to explain nearly $6 million in profits he and three other board members allegedly made from insider stock transactions between 1998 and 2000. Ullico stock is fixed in price on an annual basis and not listed on any public exchange. Concurrent with the subpoena, Georgine resigned and he ultimately refused to testify, citing his Fifth Amendment privileges.

In somewhat related news, the deadline for filing public comments regarding the Dept. of Labor’s recent announcement on union trust reporting is coming up on May 5. The new rule would require larger labor unions to disclose information about their trust funds, similar to LM form reporting.