Unions Should Brace for Another Landmark Supreme Court Decision in 2019 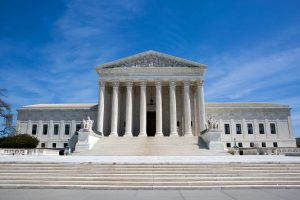 Thanks to the Supreme Court’s decision in Janus v. AFSCME, public-sector unions can no longer compel workers to pay so-called “fair share fees.” However, these unions still have the sole power to negotiate on behalf of their workers. Known as “exclusive representation,” federal labor law requires unions to represent every worker in a bargaining unit, regardless of whether or not someone is a dues-paying member.

Fortunately for workers, several court cases have the potential of redefining exclusive representation this year. University professors from Ohio, Minnesota, and Maine are all challenging their faculty unions’ exclusive representation status. One non-union professor brought a suit after she was prevented from serving on faculty committees by a union contract. The other educators cite disagreements with their union’s political advocacy or collective bargaining agenda.

Two more cases involving the Service Employees International Union are making a splash at the federal level. The 9th circuit court is currently hearing a case in Washington State challenging the SEIU’s exclusive representation over four home caregivers. A similar case brought by caregivers in Minnesota is already being petitioned for the Supreme Court. The petition argues that “for those who do not want that union speaking on their behalf, exclusive representation results in a ‘significant impingement on [their] associational freedoms.’”

Ironically, union leaders have never been thrilled about having to represent workers who opt out of fair share fees. Donald Taylor, president of the hospitality workers union Unite Here, once referred to such workers as “freeloaders” and “welfare queens.” But unions who have benefited from a monopoly on collective bargaining for years aren’t ready to give it up–even if they can no longer charge for it.

Janus was only half the battle in the fight for workplace democracy. If one of these cases makes it to the Supreme Court, it could mean a final victory for public-sector workers who still find themselves beholden to a union they have chosen not to be a part of.