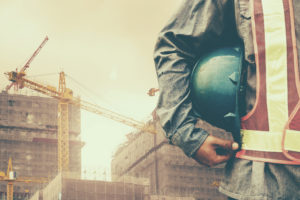 The Employee Rights Act (ERA) is back. Rep. Phil Roe (R-TN) recently reintroduced the ERA, the most comprehensive update to American labor law since the Taft-Hartley Act of 1947. Last session, 170 members of Congress co-sponsored the legislation, including 33 U.S. senators. (Learn more here.)

The ERA protects workers from abusive union leadership with eight pro-employee reforms. Among other provisions, the bill would require secret ballot union elections and allow employees to periodically re-assess their union representation. Less than 10 percent of union members ever voted for the union currently “representing” them. Those who did were not guaranteed the right to a private vote. Moreover, union officials are not required to hold recertification elections, which leaves many employees “represented” by union officials they never even voted for. The ERA would make every union vote a private one and make it easier for employees to leave an out-of-touch union.

Less than one percent of local unions get voted out each year. Yet polling shows that 75 percent of current and past union members have a negative view of union leadership, suggesting that decertification rates should be much higher. The system is broken.

The ERA would also prevent union officials from spending member dues on political advocacy without prior approval. Since 2012, union officials have sent more than $530 million to the Democratic Party and liberal special interest groups, even though 40 percent of those in union households vote Republican in any given election cycle. The bill would allow employees to have an affirmative say before funding political advocacy efforts they might not agree with.

Union-backed liberal think tanks like the Economic Policy Institute (EcPI) predictably attack the ERA, criticizing a provision that requires union officials to win the support of the majority of all eligible workers before unionizing a workplace. But their criticism doesn’t pass the smell test. Voting for a union isn’t like voting for a member of Congress. Unlike regular voters, employees are deciding whether to have monthly dues taken out of their paycheck, so union representation is a much more directly personal issue than electoral voting. Regular voters also have a guaranteed opportunity to vote for their members of Congress every two years. Employees have no such option in a union workplace. When less than one percent of unions get voted out despite high disapproval, employees need more legal protections.

National and regional polls show that 80 percent of those in union households support the ERA’s key provisions. The bill is so popular that the Heritage Foundation, Americans for Prosperity, Freedom Foundation, and Workplace Fairness Institute have already endorsed it. As Congressman Roe says: “The Employee Rights Act isn’t pro- or anti-union, it’s a common-sense measure to ensure a transparent and fair workplace.”