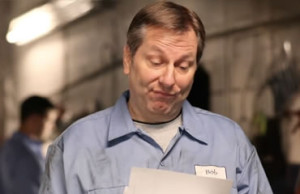 A group of Minnesota home health care workers have embarked on a campaign to decertify the Service Employees International Union (SEIU) Healthcare Minnesota that currently represents them. Launching their decertification effort on Monday, they seek to extricate roughly 27,000 home health care professionals across the state from the SEIU. If successful, it would be the largest decertification vote in history.

Kris Greene, the leader of the decertification campaign and a veteran of the home care business, voiced what we’ve long known about the politically-powerful union:

“The SEIU and the changes they have made have not benefited me or my family. I really feel it’s about politics and not for me or my daughter. It’s the political game and I don’t want to be a part of it to be honest. I just want to take care of my daughter in the best way that she needs and all this other stuff is just interference.”

Greene is right: The SEIU is all about politics. In the last presidential election cycle, the SEIU spent more than $25 million to boost an almost-exclusively Democrat set of candidates and campaign committees. This, despite the fact that almost 40 percent of SEIU members are inclined to vote Republican, according to an estimate from SEIU boss Mary Kay Henry herself.

Unfortunately for employees like Kris, the union doesn’t make the decertification process an easy one. Data from the NLRB indicates that just one in four decertification attempts are successful. Only half are even put up for a vote. That’s why Sen. Orrin Hatch (R-UT) and Rep. Tom Price (R-GA) have reintroduced the Employee Rights Act (ERA), a bill which would prohibit union bosses—well-known for bullying and other pressure tactics—from inhibiting the decertification process. Among other provisions, the ERA would penalize unions who interfere with or discipline employees seeking a decertification vote.