We’ve covered the SEIU-led campaign to organize fast food restaurants without a secret ballot—a.k.a. by “card check”—since it began nearly two years ago. It’s a big push by one of America’s most aggressive labor organizations get two big “wins” for the union: A minimum-wage hike—which our research shows would benefit SEIU directly in addition to hurting non-unionized SEIU competitors—and a national card-check unionization of the fast food industry.

In 2013, SEIU (and its locals) pumped at least $15 million toward organizations involved in its fast food campaign. We’ve provided a handy diagram below that shows the tangled web of SEIU money, front groups, and political consultants. 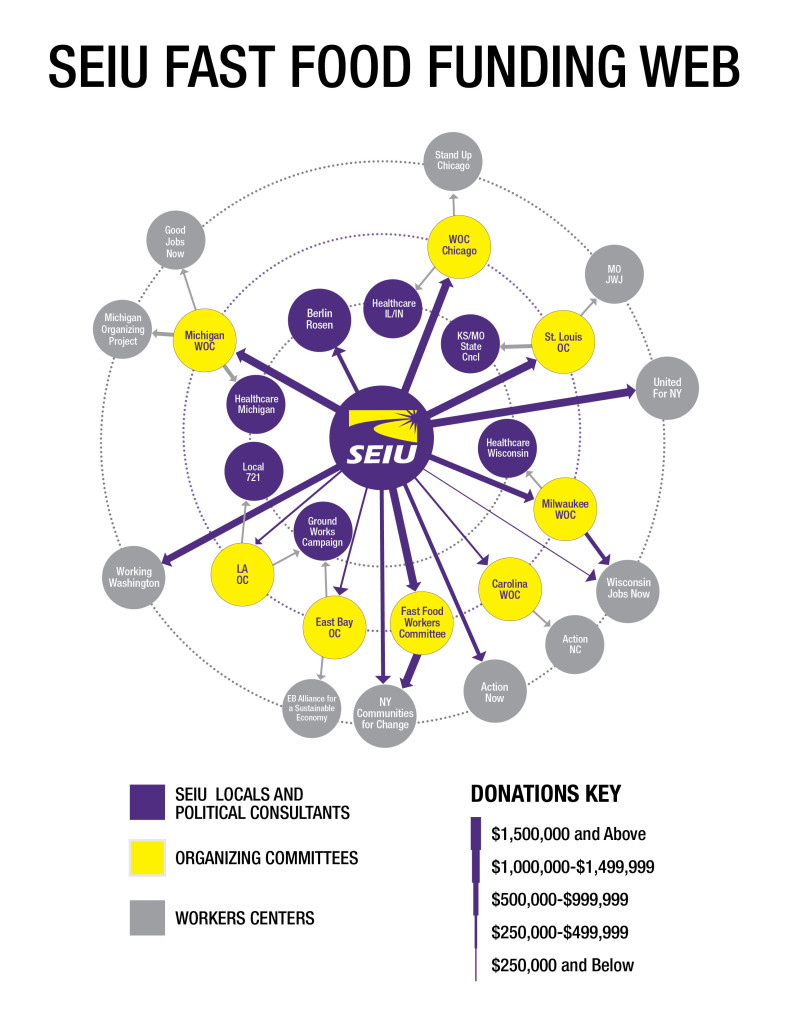 We’ll point out a few key players in this web that people should know more about.

SEIU’s campaign is huge, well-organized, and well-funded. However, evidence suggests it isn’t getting traction where it matters: The employees themselves. An Associated Press report from earlier this month dryly noted that “it wasn’t clear” what proportion of a New York City demonstration’s participants were actual fast food employees and what proportion were Berlin Rosen, SEIU, or worker center staff organizers.

Congress should advance measures to stop the SEIU’s (and other unions’) efforts to use front groups like WOCs and worker centers to strip employees of their rights. The Employee Rights Act would guarantee that all employees would get a secret ballot to express their true feelings on whether their workplace should be unionized.