The head of the National Education Association recently told an interviewer that efforts to pay better teachers more money is “naive and shortsighted.” When asked for his solution, he opined: “what do we do about pay? There isn’t enough money there. The pie that’s available to distribute to teachers, it’s going to have to be bigger.”

Ah yes. The typical union solution: spend more money! He also criticized proponents of merit pay for implicitly wanting to keep ineffective teachers in the classroom — a pretty rich criticism for a guy who runs an organization dedicated to keeping ineffective teachers on the job.

But let’s look at the NEA’s proposed solution. If we spend more money on teachers, will the problem of ineffective educators protected by tenure and an endless appeals process just go away? It’s hard to see how: Over the last 50 years, adjusting for inflation and enrollment increases, spending on education has roughly tripled. Pouring more and more money into a broken system doesn’t seem to have done us much good.

Meanwhile, there’s no doubt that better teachers in classrooms result in better outcomes for students. Eric Hanushek, of Stanford University, has found that eliminating the bottom five to ten percent of teachers would lead to in-class gains capable of vaulting America to the top of the global rankings. On an individual level, Hanushek has found that a good teacher can be worth as much as $400,000 in increased individual student earnings over the course of their career. 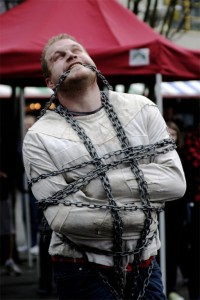 Is merit pay necessarily the best way to attract better teachers into the classroom? That’s the bottom line here. It would undoubtedly make the profession more enticing to those who are motivated by working in a professional environment. As it is, the unions want to treat teachers like interchangeable cogs, paid more for earning seniority or master’s degrees (neither of which has an impact on teacher excellence) while ignoring the advancement of students. As Terry Moe puts it in Special Interest, this “bears no resemblance to the way doctors, lawyers, business managers, and other professionals are paid” and “undermines the productivity of schools: by paying good teachers and bad teachers the same, wasting huge amounts of money on criteria that are irrelevant to student performance, and restricting what teachers do in the workplace.”

Is merit pay “naive”? Here’s a better question: Was Einstein right when he said that doing the same thing over and over again while expecting a different outcome (i.e., pouring more money into the black hole that is our education system) is the definition of insanity?