A Teacher “Penalty?” Not So Fast…

We’ve previously criticized the Economic Policy Institute (EcPI) for their misleading use of data in a series of studies on public employee compensation. Well, they’re at it again …

We’ve previously criticized the Economic Policy Institute (EcPI) for their misleading use of data in a series of studies on public employee compensation.

Well, they’re at it again. In a new report called, “The Teaching Penalty: An Update Through 2010,” three EcPI economists claim that public school teachers suffer a 12 percent wage penalty compared to similarly educated workers in the private sector.

But just how similar are private sector employees to their public sector counterparts?

A JOB FOR LIFE 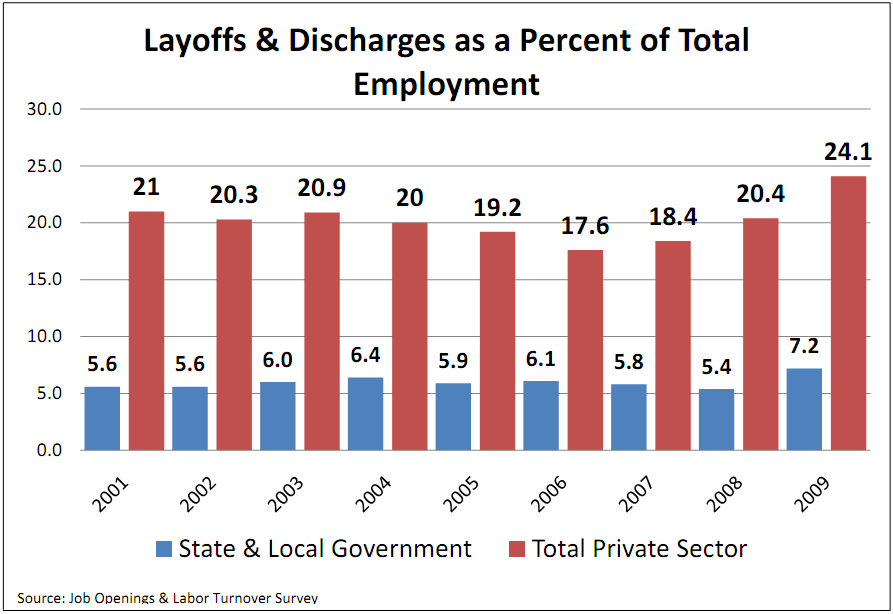 That’s especially true with public school teachers, most of whom receive “tenure”—a virtual guarantee of life-time employment—after only a few years on the job. Among tenured teachers—even below-average tenured teachers—the chances of losing your job are less than 2 percent nationally. In some states the firing rate is less than 1 percent.

Contrast that to the private sector, where bigger risks and bigger rewards exist. In the private sector, you’re not just promoted based on how many years you’ve worked, or how many obligatory degrees you’ve earned—you’re promoted (and paid) based on hard work and ability. If you don’t perform, you’re at risk of losing your job.

If union supporters want to see equal paychecks, they need to be willing to accept judgment systems where pay equals performance and where the risk of losing your job for failing to perform is real. (Of course, they’re not willing to accept anything of the sort).

Since comparing teachers to everyone in the private sector is broad and misleading, a more appropriate comparison would be people who do a similar job in the private sector—namely, private school teachers. The US Department of Education collects such data, and it’s available for school years as recent as 2007-08. 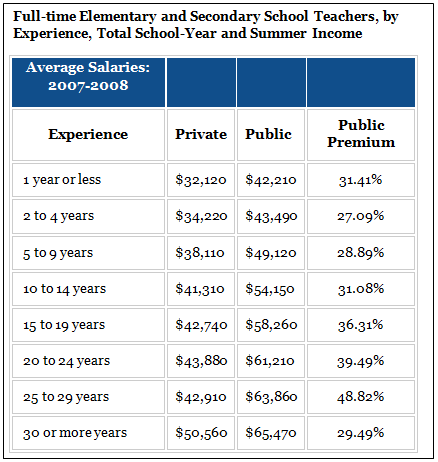 In separate results available on Perry’s blog, he shows that the private-sector “penalty” holds up across education level as well.

What’s the bottom line? Our belief is that good teachers are generally underpaid for the value of their skill and their impact on society. But we’ll never get to the point where there is consensus on that idea until it is possible to remove those teachers who should not be in the classroom.

And when a research group that receives hundreds of thousands of dollars from teachers unions tells you that the teachers in those unions are underpaid—and suggests that they need to be paid more, regardless of performance—it should be taken with at least a small grain of salt.