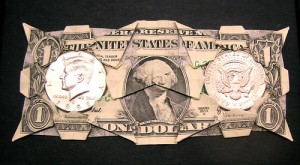 Quinnipiac has released a new poll about the state of play in New Jersey, where new governor Chris Christie is attempting to fix the state’s budget gaps and bring the powerful public sector unions in line. Though the public has a mixed opinion of him overall — 44% describe Gov. Christie as a “leader,” while 43% describe him as a “bully” — he wallops the teachers unions.

Voters realize that we Americans already pay an absurdly high amount of money for absurdly lackluster returns, as P.J. O’Rourke points out in his latest piece for The Weekly Standard. As O’Rourke puts it,

we are spending $11,749 per pupil per year in the U.S. public schools, grades pre-K through 12. … If throwing money is what’s needed, American school kids are getting smacked in the head with gobs of cash aplenty. That $11,749 is a lot more than the $7,848 private school pre-K through 12 national spending norm. It’s also a lot more than the $7,171 median tuition at four-year public colleges. Plus $11,749 is much less than what’s really being spent. …

Schaeffer calculated that Los Angeles, which claims $19,000 per-pupil spending, actually spends $25,000. The New York metropolitan area admits to a per-pupil average of $18,700, but the true cost is about $26,900. The District of Columbia’s per-pupil outlay is claimed to be $17,542. The real number is an astonishing $28,170—155 percent more than the average tuition at the famously pricey private academies of the capital region.

School districts also cheat by simple slowness in publishing their budgets. The $11,749 is from 2007, the most recent figure available. It’s certainly grown. TheDigest of Educational Statistics (read by Monday, there will be a quiz) says inflation-adjusted per-pupil spending increased by 49 percent from 1984 to 2004 and by more than 100 percent from 1970 to 2005.

Money isn’t the answer. We already spend more than enough on schools. While O’Rourke’s preferred solution — namely, eliminating public schools altogether — might not be the best answer, it’s certainly better than pouring more money into schools overwhelmed by unions more interested in protecting terrible teachers than improving the quality of education students receive.