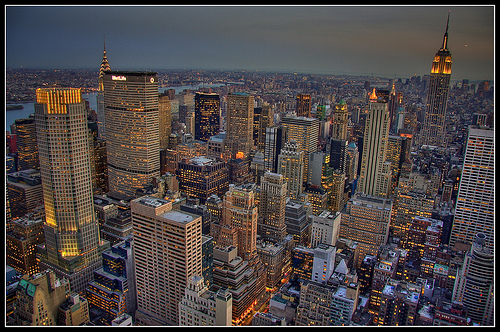 Gov. Paterson may have gotten mad in January, but he’s finally laying down the law against labor unions in the state. According to the Wall Street Journal, Governor Paterson is considering going all Schwarzenegger on the State of New York:

“In his most aggressive move yet to slash state labor costs, Gov. David A. Paterson on Tuesday presented lawmakers with a choice of either freezing government operations or imposing a one-day furlough without pay for 100,000 unionized state employees. […]

For months, the administration has tried to extract about $250 million in labor-reduction costs from the largest public employees unions, the Civil Service Employees Association and the Public Employees Federation. Union leaders have refused to relinquish a scheduled 4% raise that went into effect last month.

The governor said the unions “have given us nothing. Everyone is sacrificing. They are basically telling us they shouldn’t take a cut at all.” The governor said the furlough measure would save the state about $30 million, marking the first time the administration has cut costs this fiscal year, as opposed to deferring them.”

As an FYI for Paterson, the unions haven’t made it easy for Gov. Schwarzenegger. At all. But if the Mayor of San Francisco’s victory isn’t proof that standing your ground “works,” I don’t know what is.