Turns out that labor leaders have been doing a little cost-benefit analysis behind our backs. 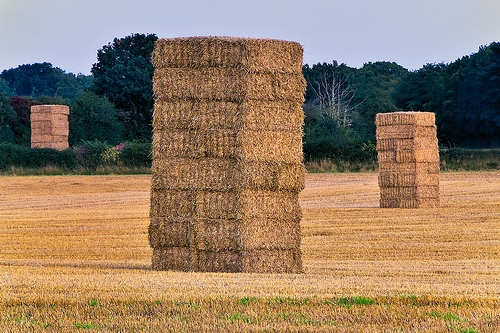 Labor leaders balked when they discovered that many unionized employees were eligible for increased taxes in the Senate’s health care bill. At the time, a deal was reached that would make collectively bargained jobs exempt from the tax until 2017; and threshold for family insurance raised from $23,000 to $24,000.

Unions agreed to the whole thing when they thought that the benefits of a comprehensive bill outweighed the potential cost of the excise tax. [Mind you, the labor unions collective “cost” was offset by sweetheart deals, $10 billion to assist unfunded pension liabilities, and exemptions from the excise tax.]

But with a comprehensive bill pretty much off the table, unions see the excise tax in a whole new light–and they are backing off their support. According to The Hill.

“But labor leaders have grown wary that the Obama administration and Congress are scaling back their ambitions for healthcare reform despite the president’s insistence that he has not. Losing union support for the healthcare effort would be a damaging blow. Organized labor has been one of the staunchest proponents of finishing the job on healthcare reform.

“”It appears that the administration and Congress will be taking a much more modest approach to healthcare reform. The cost and value of such reform would not justify using an excise tax,” Larry Cohen, president of the Communications Workers of America, told The New York Times. The communications union has been among the most vocal labor organization in its opposition to the tax.

The story ran in The New York Times, citing union leaders faulting Massachusetts as their canary in a coalmine on the excise tax:

“But as a practical matter, labor leaders said, the excise tax was killed by the election in Massachusetts, where the Republican candidate, Scott Brown, won the Senate seat long held by Edward M. Kennedy. […] Michael A. Podhorzer, deputy political director of the A.F.L.-C.I.O., said Massachusetts should be a warning to Democrats, like “a canary in a coal mine.”

“Fully 42 percent of voters believed the health care bill would tax employer health benefits, and these voters supported Brown by two to one,” Mr. Podhorzer said.

With comprehensive health care reform–or reform of any type–unlikely, unions have more to gain complaining to Democrats than not. It’s just one more failed thing that labor leaders can torture Democrats with in November, hopefully leveraging their sympathy (and need for campaign money) to push the labor movement’s policy priorities.