Frenemy of the State: Andy Stern 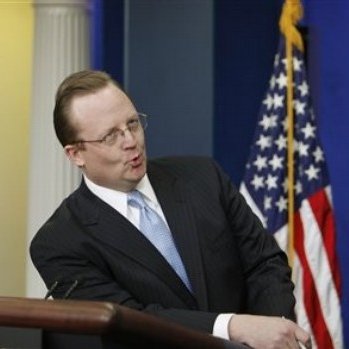 Andy Stern may have visited the White House 27 times last year and may consider himself to be unusually close with the Administration, but sometimes he brings the wrath of kings down on his head. Last week, Stern  compared certain respectable Senators to “terrorists“– twice. Yesterday, White House Press Secretary Robert Gibbs found himself denouncing Stern’s statements during a press briefing.

Q    Thank you, Robert.  Two brief questions.  First, the President was widely praised for the tone that he had with the Republicans, of conciliation and conviviality.  On the other hand, one of his –

Q    — major supporters, Andy Stern, of the SEIU, has used some very strong language about Republicans, of one who opposed health care reform, at one point liking them to terrorists.  Is that the kind of talk the President associates with or repudiates?

MR. GIBBS:  I have said this many times in this room about different policy debates.  Nobody should be compared to people that — to the people that have sought to do the world harm through terrorism.  Nobody should be compared to Nazis.  I think in the heat of these debates people tend to get overexcited on both sides of the political spectrum, in both parties, and I think that those types of comments on either side make no sense.

That was such an intense and damaging wrist slap. President Obama may want to follow up with a good stern look next time they meet. FYI, Andy Stern wasn’t any more “overexcited” than normal. Statements like this are pretty much par for the course.