In Chicago, corrupt union leadership is a matter of scale[s] 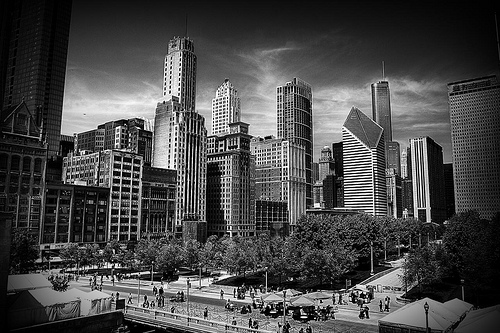 The great dragon of corrupt labor bosses, scales and all, has reared its ugly head again. I mean, Chicago’s union-monster gets more airplay than Da Bears.

Chicago Teamsters Local 743 has ousted its “reform” leadership after the last group got themselves ousted a few years back over selling drugs on union property and election rigging. If you want to, you can read ONE of the indictments here.  The current batch of Teamsters leaders have allegedly demonstrated gross impropriety with the Local 743’s finances–and they think that, when compared to the people they overthrew (you know, the ones with the nose candy), they should be allowed to stay in office.

Seriously, Local 743’S leadership measures their own corruption on a scale of one to ten.

Here are the details, according to the Chicago Sun Times:

Richard Berg — who took the helm of Teamsters Local 743 on a reform plank, ousting an “old guard” regime rife with corruption — now is being booted out of office for alleged violations of union rules. Berg is accused of improperly firing a Local 743 organizer and, along with secretary-treasurer Gina Alvarez, signing off on a $20,000-plus severance check for the man, officials said.

The firing and the payout first should have gotten approval from Local 743’s executive board, a Teamsters official said. Berg also is accused of preventing two business agents from rejoining Local 743 — even though they apparently were entitled to do so. Some viewed the move as an attempt by Berg to undercut future political rivals. The alleged violations were brought by members of the group’s executive board to the Teamsters’ umbrella organization for the Chicago region, Joint Council 25, which made the decision to boot Berg from office and strip him of membership for five years, the official said.

Alvarez was kicked out for three years. […] [Berg] also plans to appeal the Joint Council 25 decision to International Brotherhood of Teamsters general president James P. Hoffa, and ask that he and Alvarez be allowed to stay on the job while the appeal is being considered.

According to excerpts from Chicago Public Radio:

“Berg says even if he and Alvarez had broken the rules, they wouldn’t deserve the boot.

BERG: The people that were in office before us got caught dealing drugs out of the union hall, stealing union elections. The federal government prosecuted and put these guys in jail.”