The bully on labor’s playground is the SEIU 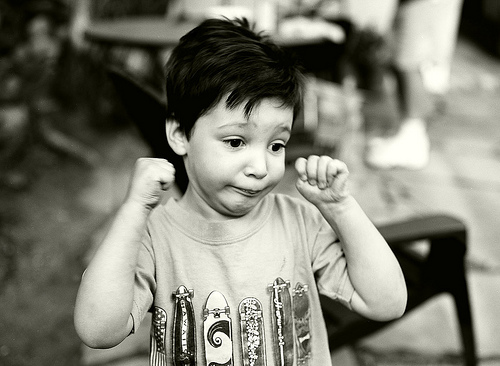 No one ever accused the SEIU of being a class act, sometimes they can play the class clown (like when they ask us to believe that Labor Day was  a labor of love), but more and more people are realizing the SEIU might just be the bully on the playground.

Carmen Padron, a commercial laundry worker in Pomona, said a rival union tried to persuade her to abandon her longtime local. “They should be organizing workers who don’t have a union, not harassing us,” Padron said. George Ibarra, a hotel worker in Texas, said an organizing drive in San Antonio collapsed when a competing union swooped in and made a deal with management. “That was completely underhanded,” Ibarra said. The two incidents are among numerous episodes in a vicious civil war that is roiling the U.S. labor movement and diverting attention from its core goals — better contracts for workers, new organizing drives and a far-reaching political agenda in Washington. Occurring mostly below the public radar, the ferocious battle ripped apart the union known as Unite Here, with tens of thousands of workers nationwide, and assumed a tumultuous center stage in labor circles. Each side in the schism has accused the other of trying to raid its ranks and steal members.

The dispute has cost organized labor millions of dollars to fight and dealt pleased employers an upper hand as union shops battle each other. A broad swath of contested terrain ranges from commercial laundries in California to school cafeterias in Philadelphia. The war has featured a blitzkrieg of leafleting, prerecorded phone calls, direct mailers, home visits and, according to court papers, “coercive interrogation techniques” used to strong-arm members. Both sides have alleged threats, harassment, lockouts, misappropriated funds and back-room deals with employers. […]

“This is a conscious effort by SEIU to hijack our members, our jurisdiction and our assets,” said Unite Here’s president, John W. Wilhelm, who is known for his organizing efforts among casino employees in Las Vegas. “They’ve launched an attack on our membership totally unprecedented in American labor history.” Wilhelm has gone so far as to advise employers to deposit union dues into escrow accounts, warning that to do otherwise could be illegal. Many employers have done so, depriving locals of operating funds.

SEIU President Andy Stern has repeatedly denied any effort to steal members or challenge jurisdictions. “SEIU is not interested in raiding Unite Here members,” Stern declared in calling for a “cease-fire” in the struggle. But Unite Here stalwarts reject Stern’s protestations of innocence. […] But a lot of assets are also in play. Both sides claim a bevy of contested holdings, including prime Manhattan real estate, considerable cash reserves and a majority stake in Amalgamated Bank in New York, which has more than $4 billion in assets. The right to the treasury is playing out in federal court in New York.