Just the usual: Union fraud in Detroit (even Kwame is involved) 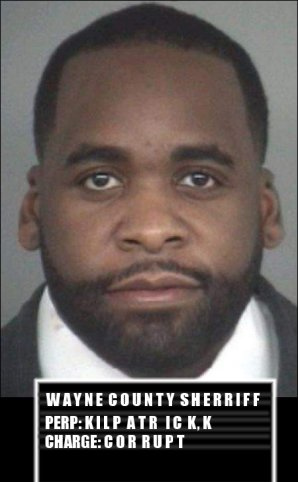 Detroit’s citizens (and union members) can’t catch a break. Former Mayor Kwame Kilpatrick is even involved in this one too.

According to the Detroit News, the general vice president of Local 324 of the International Union of Operating Engineers John M. Hamilton allegedly  received multiple kick backs for investing millions in a Chicago-based investment firm.  The Detroit News explains:

An Illinois businessman told the FBI he arranged for an inflated price to be paid for the home of a Detroit-area union official in return for the union investing $65 million of its pension funds with his company.

John Orecchio of AA Capital Partners told federal investigators there was “a quid pro quo” between the Operating Engineers Pension Fund investing the money with his firm in December 2003 and Orecchio arranging for an inflated price to be paid for the home of John M. Hamilton, business manager and general vice president of Local 324 of the International Union of Operating Engineers, according to documents obtained by The Detroit News.

In July, Orecchio, a partner in the Chicago-based investment firm, was charged in federal court in Illinois with fraud and embezzlement. He is accused of misappropriating $24 million of the funds invested with his company by the Operating Engineers and other clients. He has had conversations with the FBI since at least 2006, and the charges are pending. Hamilton did not respond to telephone and e-mail messages Monday seeking comment.

The News reported Saturday that Orecchio told the FBI he wrote a $10,000 check in 2005 to the Kilpatrick Civic Fund, a nonprofit corporation controlled by the former mayor, to get an audience with Kilpatrick to “pitch” a $20 million city pension fund investment in AA Capital. […]

Orecchio told investigators from the FBI and the Office of Inspector General of the U.S. Department of Labor that he spent a lot of money “wining and dining” Hamilton before and after the union made its $65 million pension fund investment with AA Capital.

To get rest of the story, read it here in The Detroit News.  There’s even a story involving Kwame, Las Vegas, and Oscar De La Hoya.  You can’t miss it.