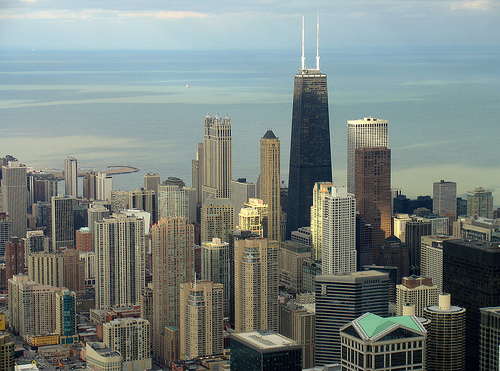 The SIEU has descended en masse (Do they descend any other way?) on Chicago this week to protest the ABA (American Bankers Association). . . and Wall Street . . .and bailouts..and big banks. You get the idea.

While it’s easy to blame a group that sounds guilty, like the American Bankers Association, it’s another thing entirely to be right. Perhaps the SEIU is just hoping no one will notice that the vast majority of the banks in the ABA (literally hundreds) are small banks–not the kind of banks that even glimpsed the billions that flew around in the bailout.

But information has never stopped a SEIU rally before.

Of the ABA’s hundreds of member banks only two – Bank of America and Citigroup – took bailout money. In fact, many of the ABA’s members would likely agree with the protestors’ position on bailouts, since not only did the bailouts help larger banks at the expense of smaller ones, but also the cost to the FDIC from the now 106 failed banks is forcing the FDIC to push a multibilion dollar prepayment plan for agency insurance, hurting banks’ balance sheets.

Additionally, it’s hard to see how many of these small banks “caused the financial crisis,” since most neither make mortgage loans nor syndicate derivatives built from the loans.

Maybe some of the ABA members and protestors should grab a beer.